Hyderabad: With a call sign of VU2CUW, 27-year-old amateur radio operator Sarabjeet Singh Chhabra will be in Antarctica as a member of the Indian Scientific Expedition to Antarctica (42-ISEA) on December 9. He will accompany the team to either Bharati or Maitri Stations on the White Continent.

Sarabjeet, who obtained his amateur radio license in 2015, will be one of the youngest members of the contingent and he feels happy and nervous at the same time as this is his first international trip.

He seized the opportunity while chatting with a client, Bhagwati Prasad Semwal, at his start-up Hobbytivity. Bhagwati is also a radio operator (call sign VU3BPZ) and has already participated in this expedition to Antarctica. Sarabjeet also credits her father, a former military and amateur radio operator (VU2CRS), with being her guide throughout her technical journey. 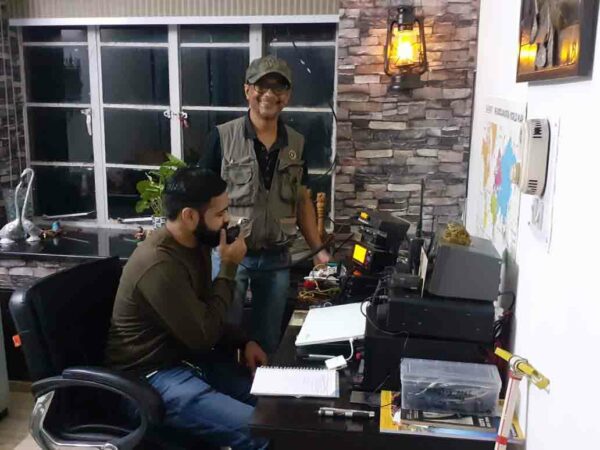 Sarabjeet, who was born in Ahmedabad and raised in Delhi, worked at HF ​​Signals in Hyderabad for six to seven months and fell in love with the city. “Hyderabad is kind of a hub for radio amateurs and I have made a lot of close friends here. I am a foodie and I always miss the taste of biryani,” he said.

He is under contract with the National Center for Polar and Ocean Research (NCPOR) in Goa, and this expedition is conducted by them every year.

“I had a walk-in interview with a panel of 11 scientists from the Ministry of Earth Sciences in Delhi, and was selected. I had pre-Antarctic training in Auli. Goa on November 22 and will do a five-day training. After that, we will leave for Cape Town in South Africa and then Antarctica,” shares Sarabjeet.

Two teams – research and logistics – will be part of the expedition. “I will be in the logistics team; we are basically the support system for the research team. There are two radio operators in the team and I chose to be assigned to the Bharati station, but the assignment was kept a surprise. I will have to take care of the VHF communication because there is no cellular coverage in Antarctica and everything has to communicate via VHF radios which are basically handheld radios,” he says.

Sarabjeet is also happy to conduct his own experiments in his spare time and takes HF radios, VHF radios and other personal equipment with him. He has a Kenwood dual-band radio and he has the ability to send e-mail over the radio. 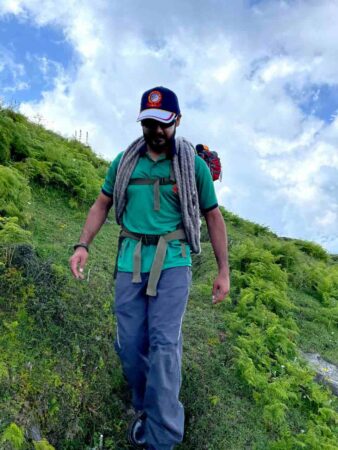 “I would like to work on the propagation of high frequencies from Antarctica to India, and other stations nearby. I’m not sure of success because the amateur radio hobby is all about experimentation,” shares Sarabjeet who requested a new call sign “AT42I” for this expedition.

He did his bachelor’s degree in electronics and communication at JMIT Radaur, and is also into 3D printing and design and makes his own 3D printers. He also manufactures CNC machines and is also engaged in web design. “I could go to the UK for my masters in robotics or drone technology after my expedition. I want to one day have my own makerspace, open it to the general public and work on projects. I want to be remembered even after my departure,” he concludes.

Indian hams that operated from Antarctica: