‘It will be a big one! We can’t wait to get back to a traditional parade. We’ve had a lot of float sign-ups, so we’re very excited this year’

The countdown is on until the annual Santa Claus Parade takes place through the streets of Cambridge on November 19.

And after the last two years, the parade organizers are preparing for a “traditional” parade again, since the beginning of the COVID-19 pandemic.

“It’s so good to have some normalcy. We are now seeing events return to the way they were before. We can all come together again and celebrate the holidays together.

Wallace says people can expect a bigger parade this year.

“It will be a big one! We can’t wait to get back to a traditional parade. A lot of floaters signed up, so we’re very excited this year,” Wallace said.

“Industrial Road will be closed after 3 p.m. and Hespeler Rd. will close at 6 p.m. It will be busy on parade night, so come early to find parking and seats. We expect a huge turnout this year,” Wallace said.

Wallace was born and raised in Cambridge. She participated in the parade for many years with the Girl Guides of Canada.

The Cambridge Santa Parade Committee, for the past 43 years, has been made up of dedicated volunteers who work together to keep the spirit of Christmas alive at every parade.

“The parade is run entirely by volunteers, with five of us currently serving on the committee,” Wallace said. 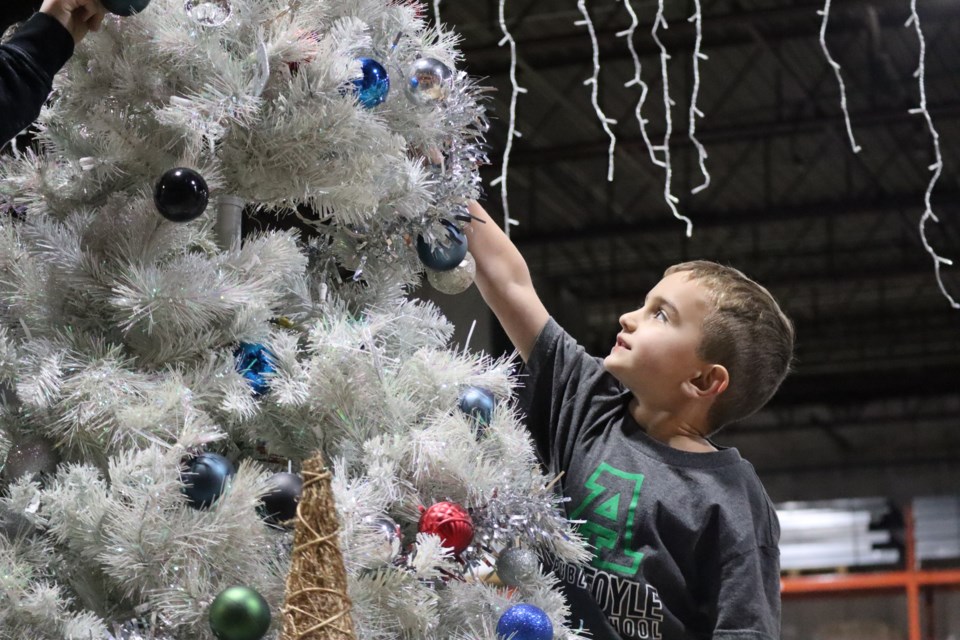 For anyone interested in volunteering for the Cambridge Santa Claus Parade, visit here.

Since 1972, the city has welcomed Santa Claus during the holiday season.

The parade is one of the few in Ontario to take place at night, allowing everyone involved to light up their floats and make the parade sparkle.

It is also one of the only parades to have both Santa Claus and Mrs. Claus. Ms. Claus has been a regular guest at the parade for over 14 years.

“This is a unique parade because it’s the only nighttime parade in the area where you can experience all the lights bringing the true spirit of the holidays,” Wallace said.

The Cambridge Food Bank will collect food donations and the Salvation Army will accept new unwrapped toys along the parade route.

“We also have a very special addition this year. From 4 p.m. to 6 p.m., in the State and Main parking lots, children can come talk to Santa Claus on the radio. The ham radio club will be set up with radio equipment for anyone who wants to talk to Santa,” Wallace said.

Road closures will be in effect from 4:30 p.m. for about three hours. Police and security personnel will control traffic, including exiting parking lots along Hespeler Road. There are plenty of parking lots along the parade route.

“It really is the start of the Christmas season,” Wallace said.

“To bring that Christmas cheer to everyone, the Santa Claus Parade is where it all begins.”