The Greens said the council could have avoided the upfront payment

The leader of South Hams Council insists there is no truth to claims they waste half a million pounds on solar panels and any suggestion they could have been installed for free is totally unfounded.

It follows claims by Green Party councilor for Dartington and Staverton, Jacqi Hodgson, that neither the council nor Fusion Lifestyle, which runs the four leisure centers across the South Hams, needed to put in the money in advance as it could have been fully funded by Totnes Renewable Energy Company (TRESOC).

Earlier this year councilors approved plans to loan Fusion Lifestyle up to £500,000 to install solar panels which would be repaid over a period of time.

But this month the council said it would buy the panels and receive income from Fusion instead of loan repayments.

Cllr Hodgson says the project could have been done at no cost to the council or leisure centers and TRESOC would have recouped its expenses by selling excess power to other users or the national grid.

However, Judy Pearce, Leader of South Hams District Council and Conservative Councilor for Salcombe and Thurlestone, said such claims were totally untrue.

“Very high energy consumption is common in leisure centers, especially those with swimming pools,” she said.

“Fusion conducted a procurement process to obtain an installer for the solar panel installation work, which included TRESOC, but independently decided that TRESOC’s bid did not meet the project objectives.” 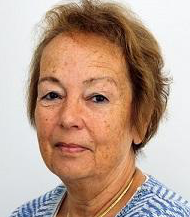 The reasons given as to why TRESOC was considered unsuitable include:

Cllr Pearce explained other practical aspects of the board’s approach. “The council owns the buildings and leases them to Fusion,” she said.

“It is important that ownership of the solar panels is treated equally, which is not possible with the ‘upfront free’ investment model.

“There was also a requirement to work with a single supplier, and of course the council has several leisure centres, three of which are not in Totnes.

It is estimated that the panels will reduce the centres’ carbon emissions by the equivalent of 131 tonnes of carbon dioxide, the same as the annual energy emissions of 38 homes.